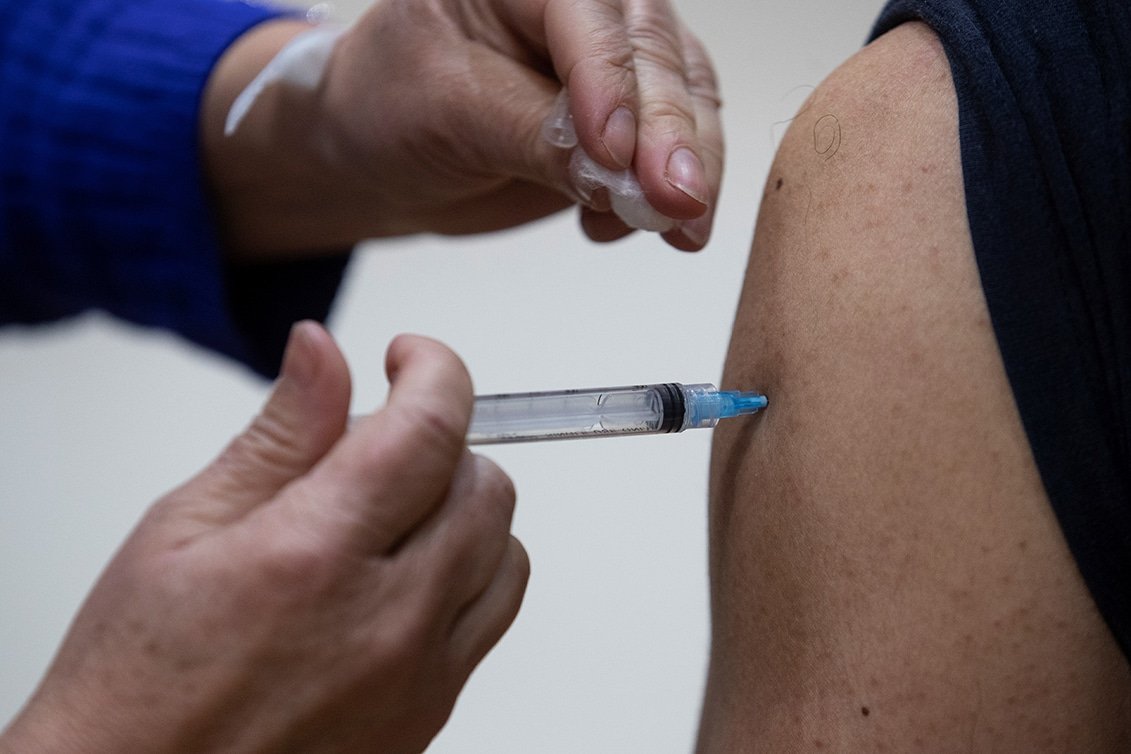 For Celeste Sandoval, despite the rising new cases of COVID’s Delta variant in New Jersey and across the country, mistrust of the effectiveness and safety of COVID-19 vaccines deters her from getting vaccinated.

While all adult members of her family have been vaccinated, protecting themselves from the deadly coronavirus, Sandoval claims to have “legitimate concerns about [the] vaccines.”

“Vaccines have not received full FDA approval—only emergency approval—because a vaccine needs to be evaluated for five to 10 years to be approved,” said Sandoval, a Mercer County resident. “We do not know what effects this vaccine may have in the body in the long term.”

Her vaccine hesitancy is also based on the negative experience that she had in the past with hospitals and health insurance, developing a great distrust of the U.S. healthcare system.

Sandoval is not alone among unvaccinated Latinos in New Jersey. Latinos and African Americans represent only 24 percent of the vaccinated population in the state, which is statistically low based on the population ratio of both racial groups.

In Mercer County, where Sandoval currently lives with her family, COVID-19 is currently spreading faster than at any other time this year. The county’s risk level is considered to be high.

The low vaccination rate among Latinos and African Americans is also reflected in the national figures. The Kaiser Family Foundation (KFF) reported that as of July 19, less than half of African American and Latinos have received at least one dose of the COVID-19 vaccine in the vast majority of the states that report their data.

As the Delta variant now accounts for nearly 75 percent  of the coronavirus cases in New Jersey, Dr. David Adinaro, deputy commissioner for Public Health Services at the New Jersey Department of Health, urged unvaccinated residents to get the COVID-19 shots, reassuring the strength and efficacy of the vaccines available in the United States.

Adinaro said that COVID-19 vaccines continue to be highly effective against the Delta variant, particularly in preventing a serious illness that requires hospitalization or leads to death.

“Anyone who is not vaccinated or who has not completed the two-vaccine series (in the case of the Pfizer or Moderna vaccines) is at risk, even if they are in the communities that have a high vaccination rate,” Adinaro said at a press conference organized last week by the Center for Cooperative Media. “They should not be under any illusions that they are low risk.”

In New Jersey, as of mid-July this year, COVID-19 cases dropped substantially to a few hundred infections a day. But as of July 29, infections went up substantially in the state, reaching 1,400 cases a day, according to the health official.

The Centers for Disease Control and Prevention (CDC) said that 83 percent of new COVID-19 cases are caused by the Delta variant. In New Jersey, an estimated 75 percent  of infections are caused by this variant, which has shown to be more contagious than viruses that cause the common cold, seasonal flu, and smallpox, and is approximately as contagious as chickenpox.

The CDC  has recommended for everyone to  wear masks indoors once again, especially in areas where infection rate has been increasing rapidly.

The Delta variant affects the younger population, more especially people between the ages of 5 and 49 than those ages  50 and over.

Adinaro explained that between 95 percent and 98 percent of new infections occur in non-vaccinated people, and 99 percent of the cases that require hospitalization are people who were unvaccinated. Only an average of 3 percent of cases occur in people completely inoculated or who received at least one dose of the vaccine.

Without showing symptoms, new research shows that vaccinated people may be catching the Delta variant and transmitting it to others. That is because the virus is concentrated in the nose and throat, where it can be easily spread by sneezing or coughing, with 1,000 times more virus particles than the coronavirus variant that circulated last spring.

Since vaccination is the main protection against the coronavirus to avoid hospitalization or death, Adinaro emphasized the importance of getting the COVID-19 shot.

But Adinaro said that this number is not enough to achieve herd immunity, whichrequires at least 80 percent of the population should be inoculated.

“Our goal is for all eligible people to be vaccinated,” Adinaro said.

Delta variant is a grave danger to the unvaccinated

“Almost all new COVID infections occur in people who have not been vaccinated,” Evans added.“COVID is spreading faster and affecting younger people and children the hardest, who have no protection at all”.

Still, Adinaro said that the New Jersey Department of Health continues its campaign to reach out to the unvaccinated population, most especially in minority communities.

There are more than 1,500 sites throughout New Jersey where people can get their COVID-19 shots, including pharmacies, hospitals, local health departments, physician offices, primary cares, churches and community centers.

“The vast majority of state residents have access to vaccination in the neighborhood where they live or work,” Adinaro said.